Prohibition began 95 years ago today. I celebration, I bring you this interview with Ben Smith at the Reclamation Brewing Company. Toward the end he recommends “What Would Jesus Drink.” Ha!

-30:00 Story of how his father got run out of his church through religious bullying.
-19:00 WWJD mentioned.

We have a cover design. We have the back jacket copy. Can April Fool’s Day be far behind?

Want to get sneak peeks at new books, freebies, and an email when a new book is available? Sign up for the email newsletter. Because next comes a Hensley book. Lord willing and the creek don’t rise. 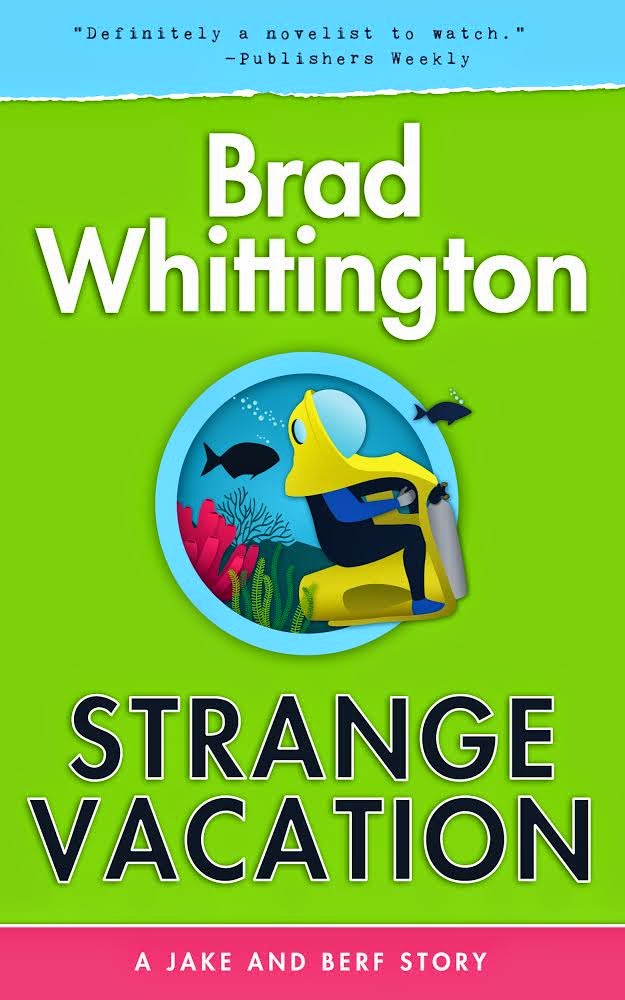 Berford Oswald Wiggins vows to take his best friend on a killer vacation. And a Wiggins always keeps his word.
-:-

More Christmas goodness. The Woman hates this song, but it’s one of my favorites. #FlemingAndJohn #ZepAndFred #BabyBabyBabyDoYouLikeIt?

It’s April Fool’s day, and we all know what that means. Another book from Wunderfool Press. We deliriously submit to you the latest collection of inanity that is a Whittington novel.

Available in paperback or Kindle version from Amazon.com. Nook version coming in August. Here’s the back cover copy:

Dave learns that Rex, his uncle and mentor, died while vacationing in Cancún. Just after drafting a last-minute will leaving his fortune to Masie, a stranger who is first on the scene when Rex dies.

Suspecting foul play, Dave goes to Mexico to make sure the murderer pays. But he can’t decide whether Masie is the most amazing woman he’s ever met or a cold-blooded killer.

When Hensley resurfaces to provide unexpected and unwanted help, he stirs up decades-old resentments and attracts the attention of the killer. Will the brothers kill each other and save the murderer the trouble?

ENDLESS VACATION is the most outrageous novel yet from the twisted pen of Brad Whittington.

When I started doing promotions of ebooks, I searched for free/bargain ebook websites and then spent 3 or 4 hours filling out the forms on about 30 sites to get maximum exposure. On some sites I also paid the fee for a guaranteed ad. After a few promotions I got tired of all the work and wondered if some of the more obscure sites were worth the trouble.

Of course there is a handful of sites that are known for performing well at present, such as BookBub, Pixel of Ink, and others. But I wanted to test the effectiveness of some of the smaller sites.

So, I did a 6-week experiment, pricing a book at 99-cents and then promoting it on a different site every 3 to 5 days, all the while tracking the sales daily. Based on the price, my cut was 35-cents per book. I started by sending out a newsletter to the fans who have signed up for it, then posted on Facebook and Twitter, and then the various sites.

There are several limitations to the experiment. First, it doesn’t necessarily measure the strength of each site because a reader could subscribe to more than one site and sees it on one site first and buys, then doesn’t buy when they see it on other sites. Also, some sites might be stronger in some genres and weaker in others. However, despite these drawbacks, and others, I think I can draw a few conclusions. Here’s the chart, followed by a table of the data. 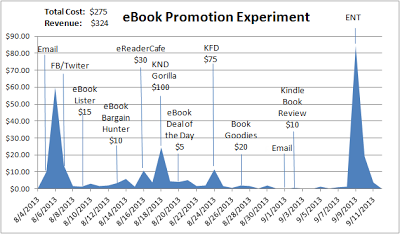 This tells me that my newsletter subscribers give me a better response than any of the sites I paid for advertising, including Book Gorilla/Kindle Nation Daily and Kindle Fire Department, which were the most expensive ads in this experiment. In fact, none of the ads broke even.

The thing that put the experiment into the black is that Ereader News Today picked up the promotion on their own, generating about a third of the total revenue. That was just a lucky break, but which tells me that ENT is reaching readers that the other sites are not if it can list the book after it’s been on sale for a month and still outsell all the other sites.

My takeaway. Focus on my newsletter subscribers and the few solid performing sites and don’t waste hours and dollars on the other sites. The other bonus is that I made $49 on the experiment and moved over 800 books to new readers who might go on to buy other books. But I’m glad it’s over. 😉